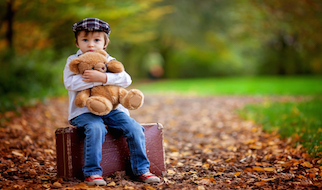 In what has been called a “landmark” decision, the NJ Supreme Court has reversed nearly two decades of precedent by ruling that the relocation of children during divorce must be based on the best interests of the child. In a previous ruling from 2001, the court held that a custodial parent could move a child out of state as long as the move did not cause harm to the child.

The 2001 ruling was based on the presumption that children are happiest when their custodial parent is happy. Since that time, research has not shown this to be true, and a growing number of states are adopting the stand that generally, the child’s best interest is to maintain ongoing contact with both parents.

As a divorce mediator, I welcome the change in the law. In divorce mediation, everything related to the child is focused on their best interest. For divorcing parents, the most important issue that needs to be addressed is the creation of an appropriate parenting plan. And mediation, by its very nature, is designed to put the interests of the child front and center during the creation of the plan.

Child relocation can be a difficult issue to work through, however. In many cases, the parents agree at the time of the divorce that the children cannot be relocated out of state if one of them objects. Circumstances can change, however, and one parent may decide later on that they want to move.

In the case that prompted the latest ruling, the New Jersey Law Journal reports that the mother had agreed at the time of the divorce not to relocate the children without the father’s approval. A year or so later, she decided to move to Utah, where her new boyfriend lived.

One issue that helped turn this case was the assertion by the appellate court that the mother had signed the agreement in bad faith, because she was already dating the man from Utah before the divorce was final. That issue aside, it is still highly questionable whether moving children nearly 3,000 miles away from their father to live with their mother’s boyfriend is in their best interests. And ultimately, the high court agreed that it was not.

For divorce mediators like myself, the latest NJ Supreme Court ruling on child relocation reinforces one of our core principals. We have also believed that children come first, and that at times, parents need to put the interests of their children ahead of their own. Though this might not always be easy, in the long run, it is in everyone’s best interest because you end up with children that are healthier and more well-adjusted.