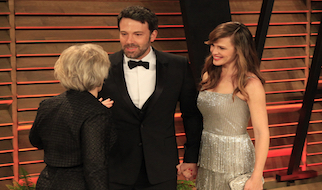 If Jen & Ben Affleck Can Mediate Their Divorce, So Can You!

Ben Affleck and Jennifer Garner recently filed for divorce, but as People Magazine reports, they have chosen to officially represent themselves in the filing, and handle the dissolution of their marriage as amicably as possible. I applaud them for using divorce mediation, and for choosing to keep the details of their divorce private.

Divorce mediation is becoming increasingly mainstream, even among high net worth couples such as Ben and Jen and other celebrities. Gone are the days when it is assumed that saving money is the only reason to consider mediation. It is true that couples can save a significant amount by choosing mediation over a protracted litigation proceeding, but there are other advantages as well.

The Importance of Preserving your Privacy
For high-profile couples in the entertainment and business arenas, the last thing they want is for the details of their divorce proceedings to become public information. And while it may be possible to have your divorce records sealed, that does not mean they cannot be unsealed later if some news agency or similar party files a request with the court.

Here is an example. Back in 2004, Illinois senate candidate Jack Ryan, who was running against Barack Obama at the time for an open U.S. Senate seat, had his divorce records unsealed by a California judge at the request of WLS-TV and the Chicago Tribune.

These records contained embarrassing details about Ryan’s divorce, and eventually forced him to drop out of the race. Had Ryan and his ex-wife used divorce mediation, the mediation proceedings would have remained private, and he would have likely been able to continue his senatorial campaign.

The assurance of confidentiality in mediation also frees up both sides to be creative and develop solutions that would not have been possible in a court setting. During negotiations, each side can throw out thoughts and ideas, even if they might seem absurd or unworkable at first. Many of these ideas may never materialize, but some will; and with a free-flowing back and forth dialogue, there is a much stronger likelihood of crafting a workable agreement both sides will be happy with.

In my practice, I have definitely seen an increase in high net worth couples. I have had successful professionals; such as business owners, physicians, and yes, even attorneys come to me to mediate their divorce. Like Ben and Jen and other high-profile couples in Hollywood, high net worth professionals value their privacy and tend to have more complex circumstances.

Because of the complexities involving assets, earnings and similar issues, my high net worth clients typically need more time, and outside experts are often called in to help develop a settlement both parties can agree to. Other than the extra time and additional expert guidance, the divorce mediation process for high net worth couples is the same as with any other couple. Most times, the result is an amicable settlement that is kept private and the details of which cannot be used later to damage either of the spouses.