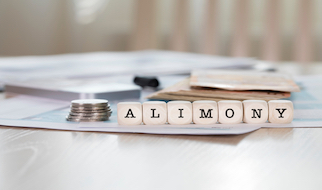 At the end of 2017, Congress passed the most sweeping tax reform law in decades. The new law includes hundreds of changes to the tax code both for businesses and individuals. One little-known provision in the bill changes how alimony is treated for tax purposes, and it has the potential to significantly impact the finances of divorcing spouses.

Under the previous law, payor spouses were able to deduct alimony/spousal maintenance payments from their taxable income, and recipient spouses were required to claim spousal support payments as income. Under the new law, the payor spouse can no longer deduct alimony from his/her taxable income, and the recipient spouse is no longer required to claim it as income.

The Real Impact of the Alimony Deductibility Changes
At first glance, one may think that the change in the way alimony is treated by the IRS has a simple binary affect; penalize the payor spouse and benefit the recipient spouse. While it is true that the payor spouse is most certainly penalized by the change in the tax law, it is not necessarily beneficial to the recipient spouse. On the surface, this might appear to be the case, but it is actually much more complicated than that.

To help us understand the true impact of the alimony change, it is useful to look at the reason Congress put it in the bill in the first place. The Joint Committee on Taxation estimated that the change in alimony deductibility would produce $6.9 billion in additional revenue to the U.S. Treasury over a 10-year period. This means that after crunching all the numbers, Congress determined that this change could save the government almost $7 billion over the next decade.

Here is an example of how the government saves money from this change. Let’s assume that the payor spouse is paying $30,000 per year in alimony and is subject to a 33% federal tax rate, and the recipient spouse is subject to a 15% federal tax rate. Under the old rules, the payor spouse would save $9,900 per year in federal income tax, and the recipient spouse would pay an additional $4,500 in federal income tax. Under the new law, the alimony deduction is gone, resulting in the couple’s combined income being reduced by $5,400 ($9,900 minus $4,500).

A $5,400 reduction in combined income is not good for either spouse. It reduces the amount of alimony available, which means that even though the recipient spouse may pay less in federal income tax, he/she may still end up receiving a lower overall alimony payment. This change may also reduce the amount available for child support.

The example mentioned above is just one potential scenario. The impact of the alimony deductibility change in the new tax law will vary depending on each individual circumstance. That said, the analysis of the Joint Committee on Taxation shows that the only real winner is the federal government.

There is One Silver Lining, But You Need to Act Fast
The one positive aspect of the alimony deductibility change is that Congress chose to wait a year before enacting it. For all divorces finalized on or before December 31, 2018, the old alimony laws still apply. Divorces finalized on January 1, 2019 and thereafter are subject to the new laws.

Couples considering divorce have a limited window to beat the December 31 deadline and continue under the old alimony laws. This is just one of many reasons to consider divorce mediation. With mediation, couples agree to settle their divorce amicably in a cooperative setting with sessions guided by a mediator.

This process not only saves couples thousands of dollars not having to go to court, it also allows them to finalize the divorce in a matter of weeks rather than several months or longer. Through mediation, you can resolve virtually every issue in a way that gives you more flexibility and control over the process.

At Advanced Mediation Services, we work with many high net worth couples who are concerned about the tax consequences of a divorce. We even have access to in-house professionals that can be called on when necessary to handle various aspects of the divorce, such as valuation of complex assets and tax issues. And if scheduling physical sessions is a problem, we can conduct sessions conveniently through virtual mediation.