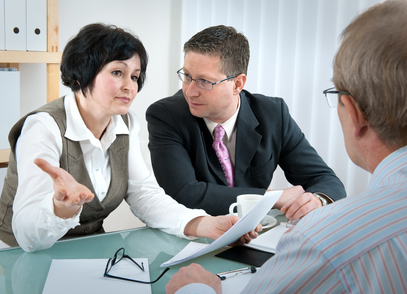 I sit here almost one month after the big announcement of the “Conscious Uncoupling” of Gwyneth Paltrow and Chris Martin’s marriage and just now feel compelled to write about it. As a New Jersey Professional Divorce Mediator, my initial reaction when the news first broke was “good for them”!

I was happy that a well known couple decided to become the poster children for what we, Divorce Mediators would call a “healthy dissolution” to a marriage. For consciously making the decision to end the marriage “consciously” and most importantly make decisions that in the end would be the best not only for them but for their children………their family as a whole.

The media has had a field day with this term, actually thinking it’s a new concept!! A kind of new age, crunchy granola kind of way to divorce. We Divorce Mediators know better than that. This is a concept that has been around for more than 35 years. It’s a process that allows for couples to work together through the process of their divorce instead of taking the adversarial route of hiring attorneys to represent them and negotiate on their behalf.

If we can only remember back to the day of when we decided to “Couple”, (unless we live in a country where matchmaking is still the means of coming together in union) we made the decision to couple consciously (or at least we hope). Shouldn’t we for the most part be able to work out the “Uncoupling” consciously as well? By consciously, we mean make decisions that have been well thought and considered.

Of course I understand very different emotions come into play on the “Uncoupling” part. Ugly emotions like betrayal, hurt, disappointment, but aren’t those the same emotions we feel in other areas and situations in our life? In those other situations, we don’t run, hire attorneys, put our children in harms way in a loaded battlefield every time.

So now, two weeks after the breaking story, I’m happy to say that my reaction is still “good for them” ,but now I’m also happy that the media is bringing so much attention to this new phrase of “Conscious Uncoupling” because it’ s allowed the public to be educated on Divorce Mediation and has given Divorce Mediators a lot material to write blogs about and read about.

So here’s to “Unconscious Coupling” may it long reign, and of course may Gwyneth, Chris, Apple & Moses have a soft transition into their new way of family life and have learned a great deal in alternative dispute resolution! Thank you for teaching the world about a different way to divorce.